25+ Facts about WordPress that will amaze you 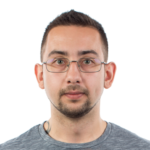 At some point of your life, you’ve probably wanted to have your own blog, online store, or a simple web page, or you were at least interested in the ways of doing it most easily. WordPress is a name you came across at least once in your life, even if you don’t know anything about programming at all. Recently, WordPress’s popularity as a CMS system and website creation technology has grown enormously. An idea of the scale of platform development, we can derive from the following 25+ statistical facts about WordPress:

You can’t argue with real data and statistics. Fast, free, and customized for every need, WordPress remains the best site-building system. With a good marketing plan and the use of optimization plugins, you are able to generate high search engine traffic and rankings.

You can find out more about which cookies we are using in settings.

This website uses cookies so that we can provide you with the best user experience possible. Cookie information is stored in your browser and performs functions such as recognising you when you return to our website and helping our team to understand which sections of the website you find most interesting and useful.

Strictly Necessary Cookie should be enabled at all times so that we can save your preferences for cookie settings.